Finding Our Way Around 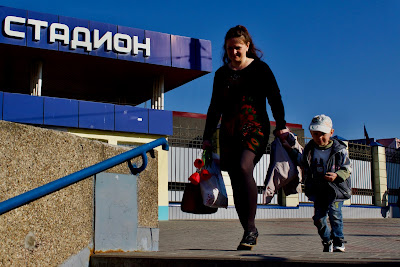 Many hours over the last few days have been devoted to computer stuff. For years I have been wrestling my Mac Book for space, spending hours trying to delete that unspecific ‘other’ that clogs my storage. Seeing this up close for the second time, Leo said to me the day before yesterday, ‘If I were you, I would just reformat it…’ My initial ‘But… But…’ became ‘How do we reformat?’ And so he took the task upon himself to clean up my Mac — which also meant an upgrade to Mojave. 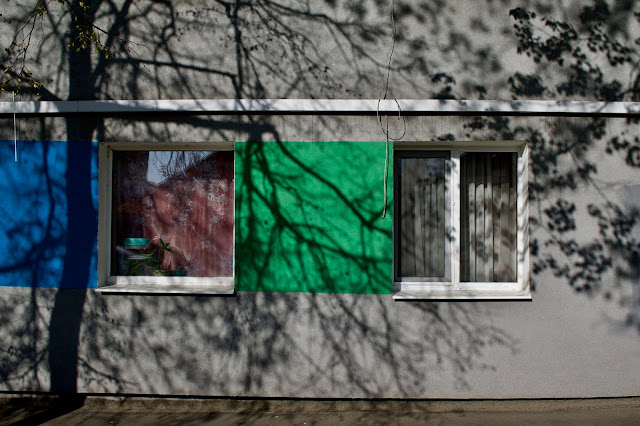 It has taken two days. Because the MiniMac is my travelling computer, it doesn’t have a lot of stuff on it permanently, so moving documents and photos to flash sticks was not too much of a chore. But setting up again was a nightmare. I had copies of my passwords, but reconnecting to my email provider in Cyprus is not happening — perhaps because we are in Russia? Open Office does not seem to be able to run on Mojave yet, so I have had to default to Pages, and numerous other things that I have taken for granted as being easily available on the MiniMac have had to be reconstructed. And no, I did not have the password to Blogger…

And I am a technological Dunce. My eyes glaze at the mention of Apps, giga- bytes, storage, platforms… Seriously, I can tolerate such talk for about 5 minutes… Which of course has a price. Total dependence on my teenager.
I THINK that we are there now. 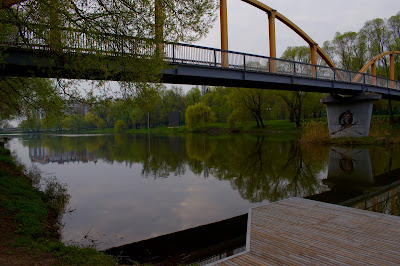 Except for the hours spent cursing technology and begging for Leo’s help, I have been walking around. On Tuesday morning Julia and I met and she took me to the park. Because my style of photography is extremely antisocial, I took no pictures, but the weather was glorious: the water mirror-calm, the shadows defined, even the squirrels came out to play.

She made me speak Russian (we originally met because she was making recordings as a Russian teacher, and as part of the same programme I had signed up to be a s’tame’ student in the recordings in return for free lessons), and I realise how much I miss having a teacher and how difficult it is to learn a language like Russian without constant access to hearing speakers, and involving yourself in speaking it. She also showed me a very good coffee house!

Yesterday the weather was cloudy, but I retraced our steps anyway, and went to see the tanks parked at the War Museum. In the afternoon I dragged Leo down to the park with the promise of squirrels, but we didn’t see any. We did, however, go into the war museum, and it seems to be very good. Not a word of English anywhere, but a very effective diorama of the Battle of Kursk — and lots of information if I could have translated it all. Sophia, Best Beloved, and I all recently read Svetlana Alexeievich’s The Unwomanly Face of War, so I scanned the photos for those of women, and found quite a few. Beside the Kursk Diorama museum there is also a small memorial to the Fallen of Afghanistan. 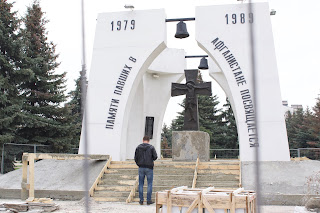 Then we walked home via the market where I bought some spinach as I am craving greens.  I love the way that this city is so easy to walk around. Lots of green spaces, wide areas where people can walk, huge parks whose leaves are coming into flower -- and lots of random public statuary. Lenin, Marx, and Engles, of course, and the usual war memorials -- many of which are getting another lick of paint or a polish in advance of the.9th of May's Victory Day celebrations; I also saw a Chernobyl memorial; a memorial to women and workers (I think), as well as a fair bit of random statuary -- a street sweeper with a cat, a woman knitting stockings, an artist and his dog. Enchanting! 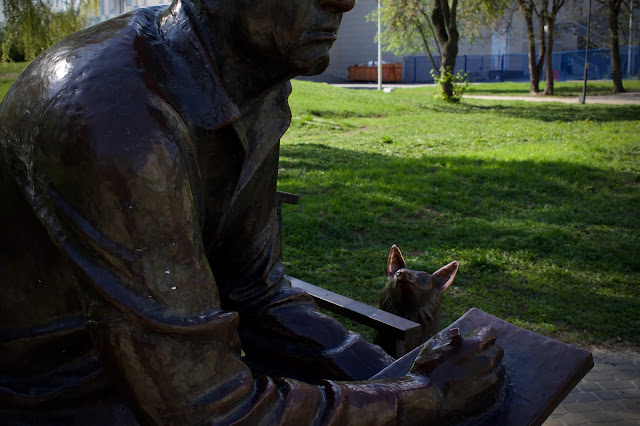 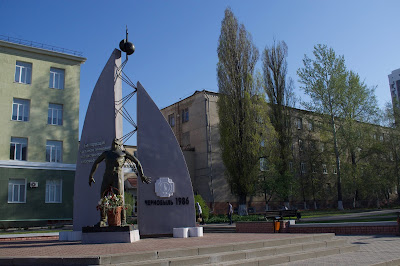 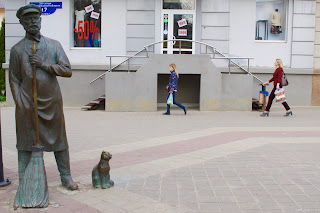 This morning I walked a seven kilometre circle in a different direction, up to the north and around. I found some nice walls to photograph, and then met Julia and we spent the morning in the coffee shop — she helped me with some Russian, and then we talked about the Gulag Archipelago (which she had read in school), and Russian society, and how it is to be a language teacher. She had posted a film by a Russian journalist about Kolyma — the gulags, the conditions, the spurious reasons for so many millions of people enduring such horrifying fates — and it is good to see that these topics exist in the open. Many people do not want to face them by revisiting the past, but at least their existence is not being denied.

I remember another Russian friend shrugging at the mention of Stalin and saying “My grandmother said that he was not so bad…” And hearing others say that Stalin was the only person who could have united the country sufficiently to fight and then win the Second World War, but I have my doubts.
Posted by Asproulla at 8:35 PM