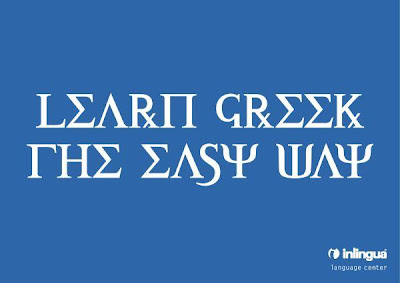 Shortly after I began Greek lessons, I arrived at my mother-in-law's house and asked where my rooster was. Somewhat baffled – probably because although she has a rooster, I don't – she told me that he was in the cage. I said that I had something to tell him when he came out. Because my in-laws have always regarded me as a somewhat bizaare addition to the family to be humoured rather than confronted, she played along and said something like 'ok, but that probably won't be for a while'.

“That's where he lives... Has always lived...” Which is fine – for a rooster. Except that I hadn't meant to ask for my rooster, I was looking for Phil. But the word for father-in-law, 'petheros', had become entangled in my newmother-newlanguage-newcountry brain stew combo with the word for rooster, 'petinos'.

Similarly, I once told her I was going to the 'man-seller' ('anthropoleio' – no such thing exists, of course; slavery being a thing of the past, but an 'anthropoleio' would mean 'man-seller') for a bouquet instead of to the flower shop ('anthopoleio') and that I was cooking a suburb of Nicosia ('Lakatamia') for lunch with beans instead of chard ('lakana'). An Irish friend once told her mother-in-law that she would prefer some winter (she mixed up 'himo', juice, with 'himona', winter) to a glass of grass ('krassidi' as opposed to 'krassi' meaning wine)... The stories are legion: any readers with stories of their own of language misunderstanding in multi-lingual households, please share them in the comments section...

Mili and I often bond over language issues. She recalls the time that she urged an Anglophone friend not to pick fruit 'before it's raped', and always has to think twice before talking about heavenly bodies: she's likely to call them 'stairs'.

When Li'l Bro and Bridie visit, talk always turns to languages because they're both interpreters. Two weeks ago, I came into the house singing, while LB was sipping wine with Best Beloved at the kitchen table. “Then mporo”, I warbled. “Na se psegaso, prospatho...” And I saw LB's eyebrows climb toward his hairline. “'I can't spray you'?” he asked. “Are you sure about that?”

I had started having to master the vocabulary for sustainable agriculture about the time that Notis Sfakianakis' album 'Enthymio' was popular, and one of the oft-played songs included the lines that translate to “I can't forget you, (though) I try.” Trouble is, 'xehaso' (the subjunctive of 'forget') sounds very similar to 'psegaso' (the subjunctive of 'spray'). Of course I had known, but the idea at the time of serenading my trees and vegetables to confirm that they would be allowed to grow naturally was too good to pass up. The song remains forever in my mind linked to organic agriculture, and thus I continue to sing it – at least around Asproulla-friendly personnel.

Yes, the vocabulary of sustainable agriculture can be a minefield: during an early visit, the organic inspector advised me to plant vetch as a green manure to enrich the soil.  While telling Mili, before my visit to the seed shop, I mistranslated 'vetch'.  "He said I needed vitsia," I told her as we drank our coffee on the verandah.  Her expression became one of alarm, but I rattled on.  "Do I just go to the shop and say 'Thelo vitsia?'"  I thought that the coffee was going to come out of her ears, and my father in law convulsed beside her.


“Ah, yes,” Mili mused in a mixture of Greek and English. “We call these mistakes 'margaritaria' ('pearls') because they're treasures!” I looked out onto the spring-carpeted field nearby and saw daisies 'margaritas' and thought that the conversation had turned again to flowers – where it had been a few minutes before. Gamely we struggled on, with me talking about flowers and her talking about pearls... until somebody brought in a basket of mushrooms. “Manitaria!” She exclaimed. And began rhapsodising about mushrooms. About that time I realised that she hadn't been talking about daisies in the first place...

Not too long after that, I was gleefully telling somebody that we had 'Chelones' (turtles) nesting in our courtyard when I meant to be talking about swallows ('Chelidonia').  But it's all part of being a foreigner and embracing a new language with a new life.

Things are better now, but Best Beloved and Sophia still nearly pee themselves over my Greek mistakes, and Teacher Kyriaki manages to keep a polite straight face: she's too professional to lose it even when I really drop a clanger.
Posted by Asproulla at 1:14 PM